A weekend of mixed dirt and road racing has just wrapped up with multiple LGBRC members making the podiums.  On Saturday, the first race of the Sacramento cyclocross series kicked off at Lakeside Church in Folsom, with racing on some actual green grass as opposed to the usual dry dust.  Lisa Cordova finished 3rd in the women’s A with Justin and Chris Peck ending up 4th and 6th in the Men’s A.  In the Men’s B, Peter Hecht was 13th and Michael Cordova was 6th in the Men A35+.

Sunday was the 38th annual Mt Diablo Challenge which is a mass start hillclimb over 11.2 miles that climbs to the summit at 3,249 feet.  It is a fantastic event with the road closed to traffic and a BBQ and live music after the climbing is completed!  Justin and Chris Peck stayed with the leaders for much of the climb, and then separated to sprint in for 12th and 17th out of the 628 finishers.  Justin’s time was 47:34 which put him in 4th in the 18-24 age group, while Chris won the 50-54 age group with a time of 48:07.  Heather Peck won the women’s 50-54 category with a time of 1:04 which was 5 minutes ahead of the next person in her category! 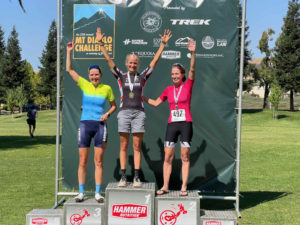 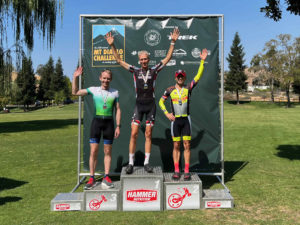 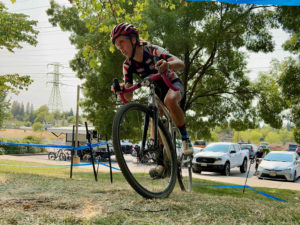 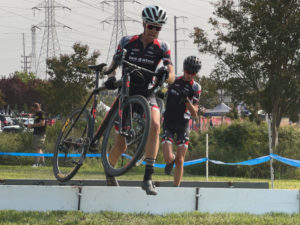