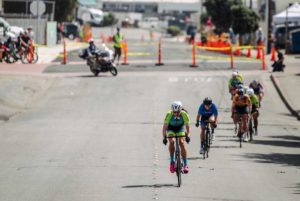 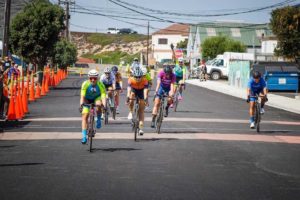 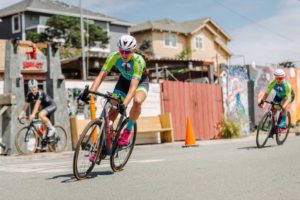 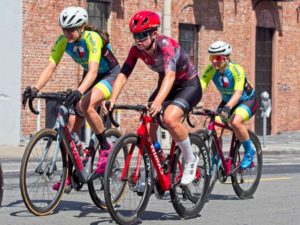 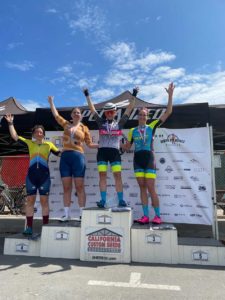 Stage 5 – Gila Monster Road Race After a hair-raising crit experience, the team wanted to make their mark on this edition of the epic Tour of the Gila.  Alison Tetrick informed us at our evening race debrief that historically a break can go on this stage. We were determined to be represented in it. …

Tour of the Gila Stage 2

Stage 2 – Inner Loop Road Race Indeed, the fireworks did ignite today!! Five miles into the race was the first sprint, and not long after that was the first QOM.  This caused the peloton to shatter early on. Lauren De Crescenzo (Cinch) launched at the base of the first QOM, and Instafund, DNA, and …

Stage 1 – Mogollon Road Race Today, everyone was a bit nervous about the tactics after an intense Redlands experience. The team made the decision to not go for Sprint jersey because none of us have done this race before, and we have not raced as a team (3 guest rider additions who have never …

Dear LGBRC Sponsors and Members, The Redlands Bicycle Classic is the longest continuous running invitational, professional stage race in American bike racing. Each year, the City of Redlands, CA and surrounding communities open their homes, their hearts and their streets to world-class athletes. From humble beginnings on a Memorial Day weekend in 1985, the event, …

LGBRC’s Eleanor Wiseman, Ph.D Candidate at UC Berkeley in Economics, won the Virtual Cycling Belgian National Championships on January 30th.  The Union Cycliste Internationale (UCI) has for a few years developed and made official this new discipline that has grown significantly that consists of basically racing on smart trainers against others.  Eleanor went through the …